On Sunday June 19,1977 Bishop John Neumann was canonized in St. Peter’s Square in Vatican City. The Knights of Columbus purchased a new statue of Saint John Neumann and processed it down the aisle of St. Peter’s Church. After being consecrated the statue was then given a place of honor and was placed in front of the council home and a time capsule was placed at the base of the statue. In 1978 our council became St. John Neumann Council # 1436. A reception was held to celebrate the change and the boy from Wildwood, NJ who received one of the two miracles attributed to St. John Neumann was present. Thorough the 80’s 90’s and into the 21st century St. John Neumann Council 1436 has grown to serve the churches of St. Peters and St. Casimirs Churches in Riverside, Holy Name Church in Delran and St. Charles Borromeo Church in Cinnaminson.

Some of our annual functions are Basketball free throw contest, spelling bee, Tootise Roll drive for Mentally challenged citizens, golf outing for our scholarship fund Every year we give out 200 plus food baskets to less fortunate families along with toys provided by The Marine Corps Toys for Tots program. These along with other programs mentioned earlier are just a few of the thing we do. In December 2007 our web page was launched as another tool to keep our membership informed of council activities. On July 25,2009 the council held a picnic and birthday party to celebrate the 100th anniversary of our council and on October 11, 2009 a special Mass was celebrated at St. Peter’s Church by The Most Reverend John M. Smith Bishop of the Diocese of Trenton followed by a dinner at the Touch of Class banquet hall in Delran. 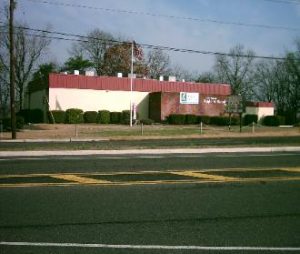 by All Tuned Up

Tune In For News

We will keep you informed where we are appearing! Click Here...

We Have Performed At: